Wall Street & The Language of Avarice

I don’t usually write about economics and financial markets and the reason for this is fairly simple: they intimidate the hell out of me. Mind you, I’m not talking about the institutions themselves or the individual players involved. I have no qualms with calling out Jaime Dimon for being a soulless bloated leech that feeds on the flesh of the anemic and helpless, nor do I have any problem with chiding the SEC for being as effective at stopping financial malfeasance as a backup point guard is at stopping Lebron James from dunking on his six foot nothing ass on a fast break. I’m even fine when it comes to analyzing individual corporations and the ways in which their market value belies their gross negligence to the well being of their consumers, particularly when it comes to taking advantage of at-risk populations as is the case with Gilead Sciences1, Corrections Corporation of America2 and Geo Group3. However, when I step back and try to take in the entire economic landscape from the point of view of big business all I normally end up walking away with is vertigo—which is exactly how financial professionals and business executives want it.

Like all rarified, education-intensive and lucrative professions, those who work on Wall Street have a vested interest in schlemiels like me not being able to really understand what it is exactly that they’re doing. Explain the stock market by bandying about complicated verbiage like capital gains and derivatives and liquidity and you’ve immediately lost about 75% of the US population. A doctor can tell a patient that they’re “going to perform a fiber-optic bronchoscopy to see if any adenocarcinoma has begun to metastasize,” or he/she could tell the patient they’re, “going to stick a tube with a tiny camera on it down your throat and into your lungs to see if you have cancer.” Both explanations are more-or-less the same, with the only real exception being that the patient can understand the 2nd one. Similarly, you could help explain the 2007-08 financial crisis by saying that, “mortgage underwriters relaxed their lending standards in the mid-2000s, which, along with easily available credit, led to a proliferation of subprime loans and an increase in mortgage based securities and collateralized debt obligations that wasn’t sustainable,” or, you could say, “banks gave out a bunch of home loans to folks who couldn’t realistically be expected to pay them, then chopped the loans up and repackaged them as assets representing the US housing market that investors could buy into, but which screwed over the economy when their value crashed.” Which one do you think people are going to understand better? 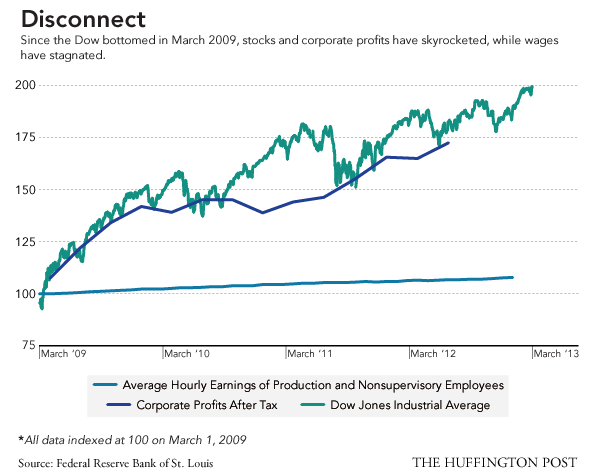 Guess which line you are.

Banks have been labeled as too big to fail, the bank executives who run them are apparently too big to jail, and it would seem for a good deal of the American public, Wall Street is too big—or at least too complicated—to nail. Generally, if you ask the man or woman on the street their opinion of the financial elite in this country, the response is going to less than favorable and may include specific directions as to where the banks can shove it. Politicians realized this general antipathy to the financial sector decades ago, which is why “Main Street, Not Wall Street” is the 1st commandment for both Republicans and Democrats running for office, even if their campaigns are being funded in large part by those they’re theatrically demonizing. By and large, the American electorate understands that it’s being swindled by the Goldman Sachs’ and Citigroup’s of the world, but it doesn’t know the specifics of how they’re doing it or, if they do know, what could be done to stop it. And it’s not because the American electorate is somehow stupid or out of touch that they don’t know exactly what kinds of highway robbery are being carried out under their noses—it’s because not everyone in the country has an MBA or even a high level of financial literacy to fall back on.

Of course, while you may need an advanced degree to understand the intricacies of global financial policies, all you need to feel the effects of those policies is a pulse. Over the past 40 years income inequality has spiraled so far of control in America that we now have higher rates than countries like Mexico, Nicaragua and Costa Rica4. In 1976, the Top 1% of Americans took home 9% of the country’s total income. Today, their take of America’s income is 24%5. Likewise, over the past 30 years, the top 5% of American households have benefitted from nearly 75% of the total growth in wealth, while the bottom 60% actually saw their wealth shrink. To put it in monetary terms, the income growth for the bottom 90 percent of Americans averaged out to $59 from 1966 to 2011. Over the same time period, the top 10% of Americans averaged to $116,071.

Some of the more blessedly optimistic of you might be thinking that after the last disastrous market crash and with most of us still acutely feeling the squeeze of the recession, the financial sector and our representatives in Washington might have learned their lesson and, in a way, you’d be right. They have learned over the past 5 years that they can do basically any damn thing they please and not see any real consequences to their action. In the time since the the US taxpayers bailed out big finance, major banks have knowingly laundered money for drug cartels, manipulated international interest rates and were so poorly regulated that a single guy lost JP Morgan Chase and its investors $6.2 billion. Naturally, all of these indiscretions netted stiff penalties ranging from absolutely nothing to a series of fines that amount to only a small fraction of the money the bank made breaking the law for which they’re currently being sanctioned. Therefore, it stands to reason that banks would be doing the exact same shit now that they were doing before crash, which has resulted in the markets reaching record highs, with the Dow jumping over the 15,000 mark for the first time and the S&P 500 setting new records nearly every day. Naturally, these numbers bear little resemblance to the economic reality facing the vast majority of the country as the unemployment rate is relatively steady at 7.5%, underemployment is rising and our nation’s youth rack up tens of thousands of dollars in student debt with a puncher’s chance at gainful employment waiting for them after they graduate. As for that whole income inequality thing, the average net worth of the top 7% of households rose 28% since 2009, while the bottom 93% saw their net worth drop 4%.6

So, where does that leave us? Well, if the House Financial Services Committee is any indication, it leaves us doing the same damn thing and expecting a different result. According to Mother Jones’ Erika Eichelberger,7 three separate bills designed to neuter various aspects of the 2010 Dodd-Frank Wall Street Reform Bill were passed by the committee with only 6 of the 61 committee members voting against all 3 bills8. Make no mistake, latching onto the teat of big finance is a bipartisan enterprise and all 3 of these bills were sponsored by both Democrats and Republicans9. With over $14 million in campaign contributions from the financial services and banking sectors to House Financial Services Committee members this past election, it looks like the one thing both parties can agree on is that their re-election and pocketbooks are more important than our livelihoods.

7Seriously people, if you want to know what’s going on with financial reform (or lack thereof) in this country, this woman is a godsend. Consistently ahead-of-the-curve and insightful articles that are written so that layfolk like (presumably) you or I can undertstand. Erika Eichelberger; Mother Jones; Lock it down. http://www.motherjones.com/mojo/2013/05/derivatives-bill-house-financial-services-committee-pass