Let me paint a picture for you:

You belong to historically resource rich state with a chronically impoverished population because 90% of the resources in said state are owned by outside interests.

The area’s main resource, upon which the bulk of your state’s economy was based for over two centuries, is becoming more scarce, has diminished significantly in quality and will likely be all gone within a window of between 15 and 50 years, depending on who you ask. Your state’s ONLY other big economic driver is tourism, a resource which is renewable and is controlled in larger degree by local interests.

a) As a state legislature and as a community, you have a decision to make: you could continue harvesting the finite resource with diminishing returns that aren’t even being kept within the state for the most part and, as a consequence, all but ruin your state’s tourism market by irrevocably polluting and demolishing the natural environs that make your state desirable to vacationers

b) you could search for alternative modes of generating revenue and job opportunities within the state, going through an initial recessionary period, but ultimately coming out the other side with a economic framework that benefits your state’s residents more directly and is replicable over future generations.

Obviously, they chose Option A because they’re politicians and corporate execs who would readily throw 10% of the constituents and employees in a lake of molten fire to appease the Free Market Gods if it meant an extra 2% in quarterly earnings or re-election.

I’m not done with this yet…not by a long shot. But for the sake of time, here are the pictures:

Exhibit A: This is what the Appalachian Mountains are supposed to look like in Southern West Virginia. Lush, verdant, generally breathtaking.

Exhibit B: An Appalachian Mountain after having its coal seams extracted via Mountaintop Removal Mining. The wasteland you see before, often referred to as Hell’s Gate, used to be the same height and appearance as the mountains you see in the background. 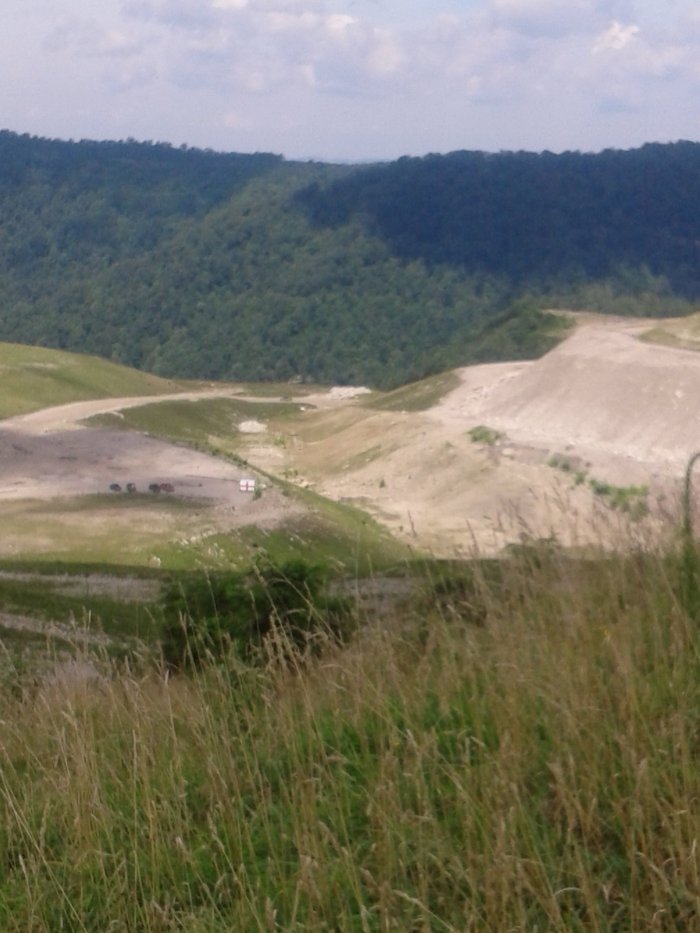 In the background you can see the Appalachian Mountains as they were, formed over the course of 480 million years and with complex ecosystems hosting thousands of types of life. In the foreground you see the space where a mountain used to be before coal companies blew it into nothingness. For a sense of scale, those tiny blotches at the bottom of the screen are trucks. 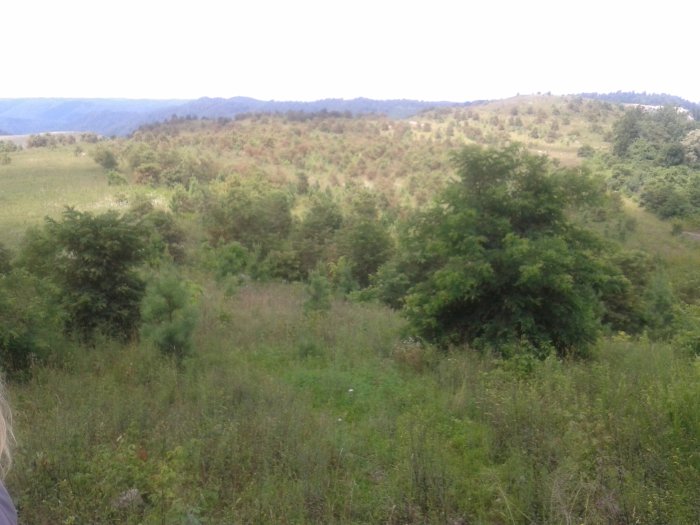 This is a plot of “reclamated land.” Originally a rich deciduous forest, it was blown up through mountaintop removal mining and replaced by the coal companies with this. The grass was quite literally sprayed on using a process known as hydro-seeding in which grass seed and fertilizer are dispersed over the barren terrain. That grass and those browning trees (which all appear to be the same species) are growing directly on hard shale that was exposed by the mining process. The coal companies say they saved the topsoil to redistribute after they had finished harvesting all their coal. If they saved that topsoil, then Dick Nixon actually wasn’t a crook. 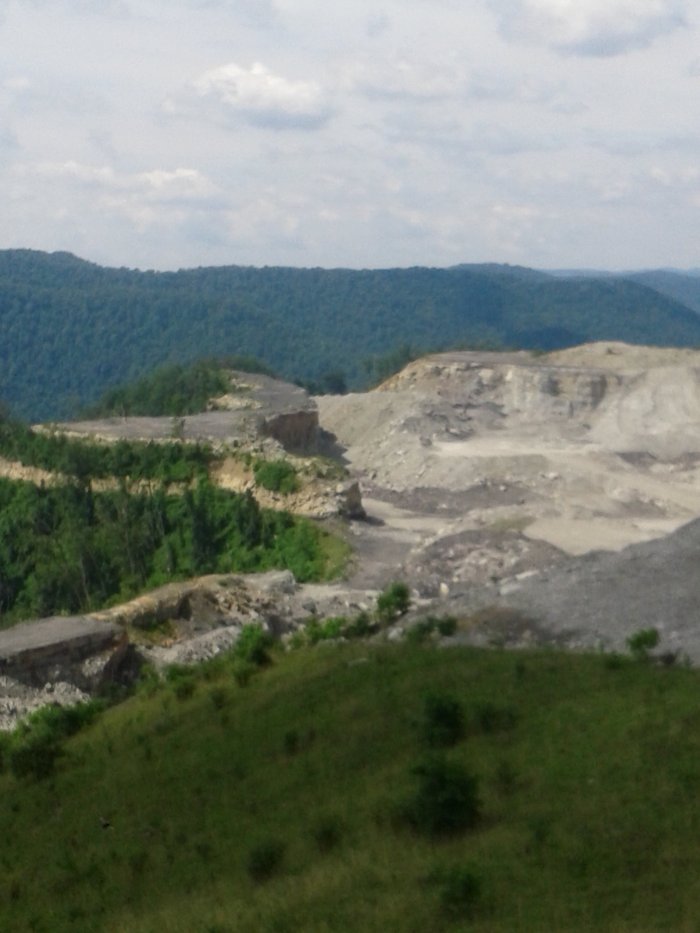 Another view of the naked rock face of the mountain.

This lovely little contraption is where the coal companies wash the hundreds of thousands of tons of coal the extract from the mountain. The only problem with this is when you wash a lot of coal, you get not only the freshly scrubbed end product, but you get a lovely slush known as coal slurry, which must be disposed of. Coal companies have taken to pumping this excess coal slurry into old, abandoned mine shafts, which is a lovely idea except for the fact that these mines were never designed to hold thousands of gallons of liquid and have plenty of cracks and crevices in them that allow the slurry to soak into the ground water of the surrounding communities. Folks that live in the hollers and towns surrounding these mines see exponentially increased risks of obscure cancers, renal failure, asthma and a host of other lovely, yet fatal ailments that Big Coal is not being held responsible for.

This is written on the side of the late Larry Gibson’s cabin on his property atop Kayford Mountain in Southern West Virginia. Larry and his family were the lone holdouts in a coal rich area that saw all of the land around become pray to or set for mountaintop removal. Today, it is a bizarre, yet beautiful oasis surrounded by a horrific testament to man’s capacity to defile nature for a profit. I would like to thank Elise Keaton and Paul Corbit Brown of the Keeper of the Mountains Foundation for allowing me to see the property belonging to the Gibson family and allow me to experience for myself the devastation wrought by mountaintop removal mining. The organizations website can be found here: http://www.mountainkeeper.org

Like Loading...
‹ Day 30, In Which I Carpetbag My Way Through South Carolina
Day 33: Senior Superlatives For Presdiential Portraits ›