It is not coincidence that movements of social change are usually born on the backs of the young.  The old saying may have it that with age comes wisdom, but with the knowledge gleaned from a lifetime’s experience comes a lifetime’s worth of doubts and disappointments. The young are often immune from such hang ups–their dreams are still intact and they haven’t had it beaten into their heads that the miseries and hardships of their lives are immutable and constant. The young dare not only to dream, but to try to turn those dreams into action, often in the face of seemingly insurmountable odds. Put simply in the parlance of their elders, they don’t know any better. The world hasn’t had a chance to ingrain all of the artificial boundaries and systems in their minds to the point where they begrudgingly accept the hand life has dealt them. It hasn’t broken their spirit.

Tiwale is a Chichewa word meaning “let us glow.” It is also the name of a community based organization in the Central Africa country of Malawi that aims to lift Malawian women out of the deeply entrenched cycles of poverty that exist in the country through education and entrepreneurship. Tiwale is a youth-led organization and it was the brainchild of Ellen Chilemba, a Malawian woman who has already done more in her brief 21 years on this earth than some of us do in a lifetime. 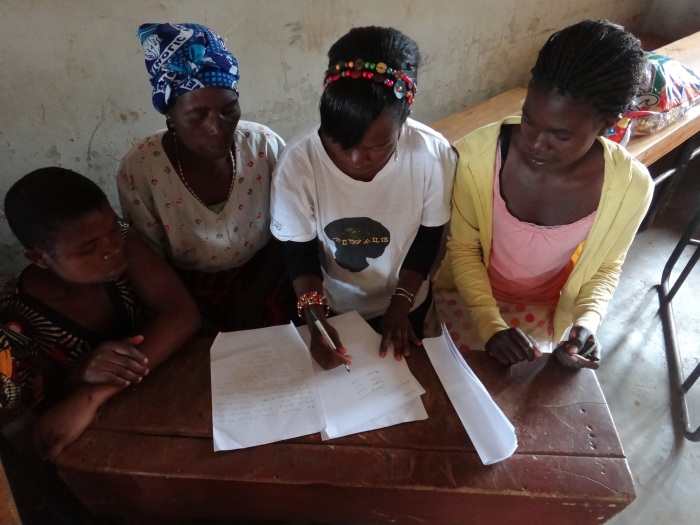 The average Malawian woman can expect to get just 3.4 years of education in her life. Tiwale is aiming to change that.

Based in the settlement of Ntsiriza on the outskirts of the nation’s capital, Lilongwe, Tiwale was originally created as a micro-lending operation a couple of years ago, but the organization has expended its scope and its mission to providing educational grants, leadership workshops and vocational training to women in Malawi who are in dire need of finding new ways to support themselves and their children. In a country like Malawi, which ranks near the bottom globally in terms of GDP per capita, average income and a host of human development indicators, women are often forced into early marriages for dowries, which cuts off their education and places them in a situation where they are denied many of the means of both personal and occupation enrichment.

Right now, Tiwale is in the middle of a fundraiser to build a brand new educational facility that would allow hundreds of Malawian women to pursue their schooling in a safe, accessible environment. In a country where the mean amount of schooling for women is 3.4 years and only 11% of women have at least some secondary education, it is hard to imagine a more worthwhile and fruitful endeavor than one that provides women in Malawi of the fundamental human right of education.

With less than 2 days to go, the Tiwale Together fundraiser has only raised a little over 25% of the $20,000 they need to construct their new education facility. It is my fervent hope that at least a few of you who read this will be inspired enough by the actions of these women to donate to their cause. Even if it’s only $10 or $15 or even just sharing the link to their IndieGoGo page on Facebook or Twitter, every little bit gives the women of Malawi just that much more room to shine and to glow.

CLICK ON THE LINK HERE TO GO TO TIWALE’S INDIEGOGO PAGE AND DONATE TO THEIR CAMPAIGN.

Like Loading...
‹ Race Based Red Baiting: Why The Right Wing Pegs President Obama As A Communist
Consenting Adults: Does Jessie’s Law Help or Harm People With Substance Use Disorders? ›