In Whose Best Interest? The Ethics Surrounding the AIDS Healthcare Foundation Lawsuit

In the coming weeks, roughly 17,500 of the brightest medical minds in America will don their gowns and mortarboards and be formally welcomed as the latest initiates into the fraternity of practicing physicians. The ceremonies celebrating the accomplishments of these young men and women will be many, but they will likely not be varied. Keynote speakers may differ and the university names on the diplomas may change, but most of our nation’s 141 accredited medical schools will follow a very similar script which includes—among other things—the recitation of the Hippocratic Oath, in which the newly minted doctors promise to uphold the ethical standards of their profession and do no harm to their patients.

However, while the Hippocratic Oath will be used to swear in the vast majority of American physicians, there will be a select few who will instead recite another oath—the Oath of Maimonides. A 12th century rabbi, philosopher and physician who lived and worked in North Africa, Maimonides is a man known as much for his Talmudic scholarship as his contributions to medicine, and it is this melding of the spiritual and the medical that imbues his oath with a sense of shared humanity and compassion that is lacking from its Hippocratic cousin. In its opening lines, the Oath of Maimonides proclaims:

“The eternal providence has appointed me to watch over the life and health of Thy creatures. May the love for my art actuate me at all time; may neither avarice nor miserliness, nor thirst for glory or for a great reputation engage my mind; for the enemies of truth and philanthropy could easily deceive me and make me forgetful of my lofty aim of doing good to Thy children.”

It would serve us well to keep the words of Maimonides in the back of our minds as we look at the most recent scandal involving the AIDS Healthcare Foundation (AHF) and their polarizing president, Michael Weinstein. Last month, the AIDS Healthcare Foundation was thrust into an unwelcome spotlight when a lawsuit filed by 3 former AHF employees alleging that the company was violating the Federal Anti-Kickback Statute was made public. According to the suit, AHF handed out cash or other incentives to clients who tested positive and were successfully linked to care at an AHF facility, while also providing its employees with bonuses of between $50 and $100 for facilitating that linkage. These bonuses, the lawsuit argues, are in direct violation of federal law and were instituted in an attempt to game the system and fraudulently increase the amount of funding AHF received from Medicaid, Medicare and federal HIV/AIDS grant programs to the tune of $20 million a year since 2010. 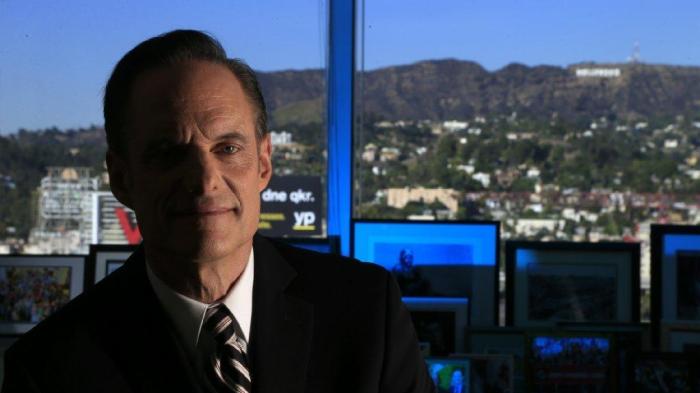 AIDS Healthcare Foundation President Michael Weinstein Gears Up For Another Round of Litigation, This Time Against Whistleblowers Within His Own Company (Photo Credit: Mark Boster / Los Angeles Times)

For his part, Weinstein has denied all wrong doing, readily acknowledging that it was company policy to incentivize linkage to care for new clients, but claiming that such actions were common industry practice and justified by their outcomes. “We neither broke or abused any law.” Weinstein said in an interview with Karen Ocamb of Frontiers Media. “And in fact, from our vantage point, we’re doing exactly what we’re supposed to be doing…” Whether or not someone believes Weinstein is being sincere in his remarks may have less to do with the facts of the suit than and more to do with their preconceived opinion of Weinstein and his motives. AHF has never been one to shy away from controversy or the litigation that often accompanies it and has burned its fair share of bridges in the HIV/AIDS community on the way to becoming a nonprofit juggernaut that cares for more than 350,000 HIV positive people in 36 countries and can boast of an annual budget of $1.1 billion.

With that being said, critics of AIDS Healthcare Foundation might charge that in their quest for increased dominion over the world of HIV/AIDS care and the pursuit of more clients in more cities, countries and counties, the organization has lost sight of the ethic promoted by Maimonides which encouraged the sublimation of the ego for the good of the patient. Nowhere is this philanthropic myopia more apparent than in Florida, where the most recent whistleblower suit against AHF was filed and where the non-profit was recently awarded a government contract to operate specialty health care plans in the southern portion of the state as part of its new Statewide Medicaid Managed Care program.

The program, which was voted through by the conservative state legislature in 2012, made Florida the first state to fully privatize Medicaid services and provided AIDS Healthcare Foundation with thousands of new clients and millions of dollars in potential revenue. The exact reasons why AHF got the Medicaid contract over other service providers aren’t known, but one would have to be pretty naïve not to think that the $125,000 a year they’ve been giving to one of Tallahassee’s top lobbyists and their propensity for handing out campaign contributions haven’t played a role. Not that there’s anything illegal or inherently wrong about this sort of behavior. AHF wasn’t doing anything that hasn’t been done a million times over at the intersection of non-profits and politics. It is not what they’ve been doing, but who they’ve been doing it with that is of concern.

According to the National Institute on Money in State Politics, the AIDS Healthcare Foundation has given $46,500 in campaign contributions to the Florida Republican Party and their candidates for statewide office since 2002, which is troubling considering the fact that most of the politicians AHF was backing supported policies that were hostile to much of the population they had pledged to serve. Why, one might ask, would an organization that purports to want to get as many HIV positive people into care as possible give $3,000 to a governor who fought against Medicaid expansion tooth and nail until it benefitted private health care companies? Why would AHF give $1,500 to former Florida Speaker of the House Dean Cannon Jr., a man with a perfect rating from the American Conservative Union who was once described by a columnist at the Orlando Sentinel as being, “instrumental in orchestrating the greatest rightward shift in [Florida] since secession”?

While I can’t answer any of those questions with absolute certainty, I can say that I can think of no altruistic reasoning for an HIV/AIDS healthcare organization to be giving money to homophobes and religious zealots who believe that health care is a privilege and not a right. How can supporting men and women who are hell bent on marginalizing the poor and the sick and the different possibly fulfill our divine appointment to watch over the life and the health of our fellows? The short answer is that it can’t. It won’t. And it never will.

Like Loading...
‹ Black Protests, White Coverage: How The Mainstream Media Distorts The Uprising in Baltimore
Of Caucasians & Caucuses: My Short, Strange Trip To See Ted Cruz In Iowa ›