On my very last leg of my journey, the Patron Saint of Literary Symbolism (I think his name is St. Harold) placed in my lap one final museum that encapsulates most everything vital and unfounded in the America we’ve been promised but, in reality, never existed. After about 3 hours of driving on the Massachusetts Turnpike from Boston to Stockbridge, I serendipitously came across the Norman Rockwell Museum, a place that has memorialized the June and Ward Cleaver America that existed in the minds of the, “but separate can be equal” set during much of the 20th Century. Below, you’ll see photos of some of the museum’s more reality discordant pieces, along with some pictures I took during my time in New York City & Boston: 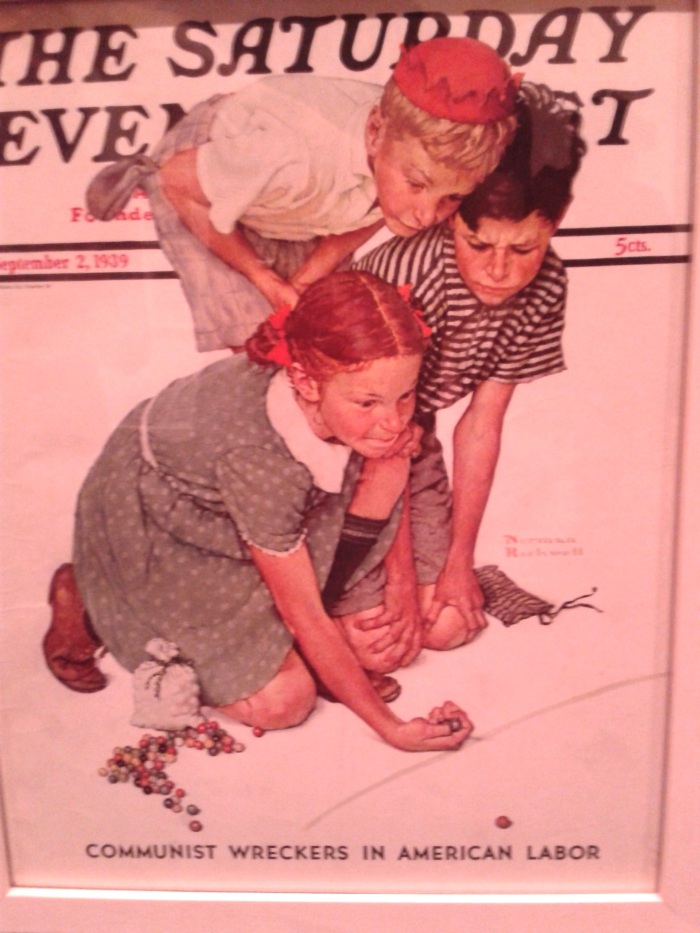 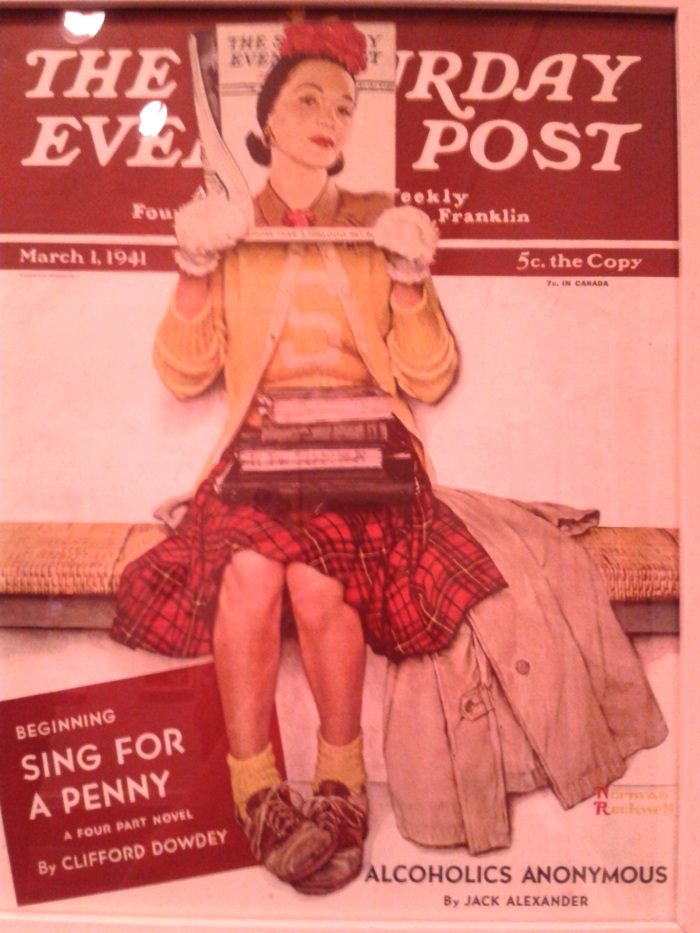 Friends of Bill will already be familiar with this issue.

Shortly after this painting was done, every member of this family died in a tragic catamaran accident. True story people.

Way to illustrate Freedom of Religion by showing a bunch of white Christians. Slow clap for Norm.

See! Norman Rockwell does too paint black people. Of course in this painting the black person in question is a railroad porter who is smiling as an eight year old tip calculates what his tip should be because, you know, that’s not emasculating or dehumanizing at all. 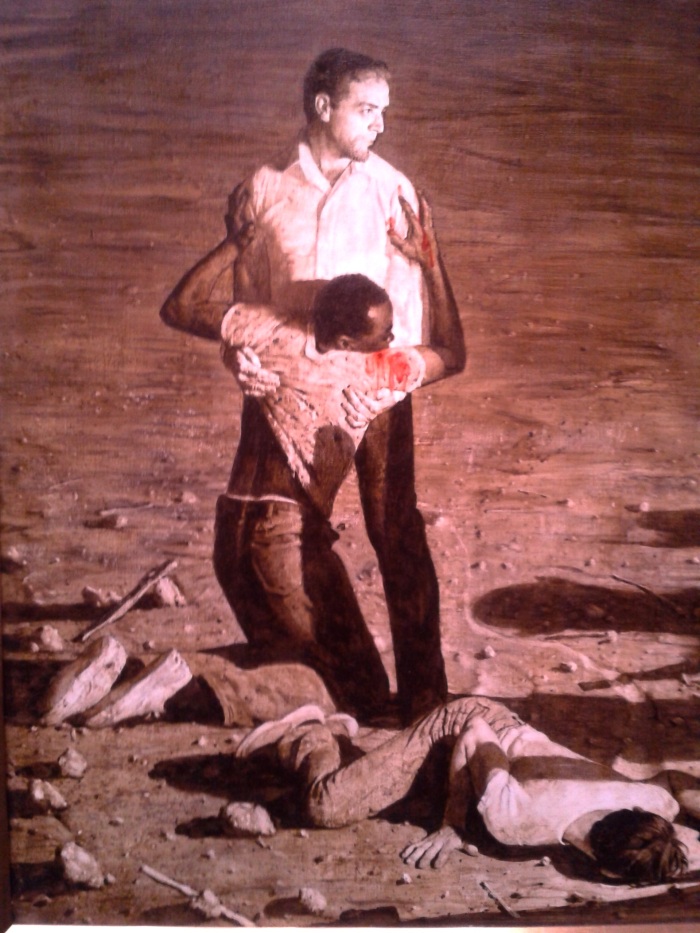 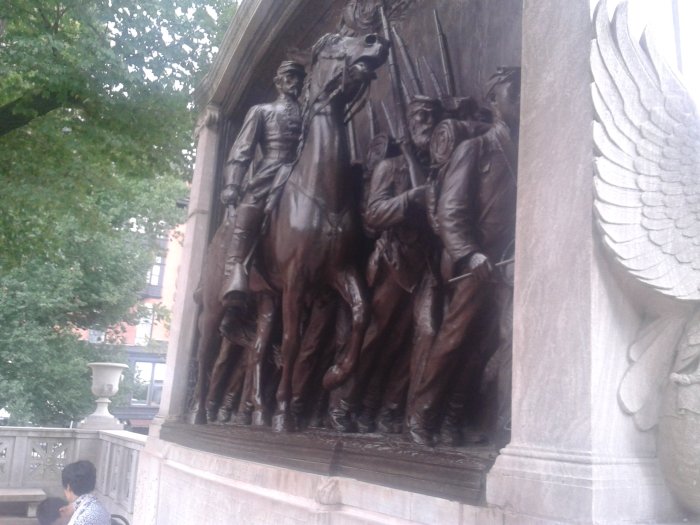 A picture of The Robert Gould Shaw Memorial in Boston Commons, because it makes perfect sense to name a memorial commemorating the sacrifices of America’s first all black military regiment by naming it after the one white guy who was placed in a position of authority.

Some ribbons tied in memory of those killed or injured during the Boston Marathon Bombings.

The New York Stock Exchange. I would make a joke here, but I’m afraid it might give me an aneurysm. 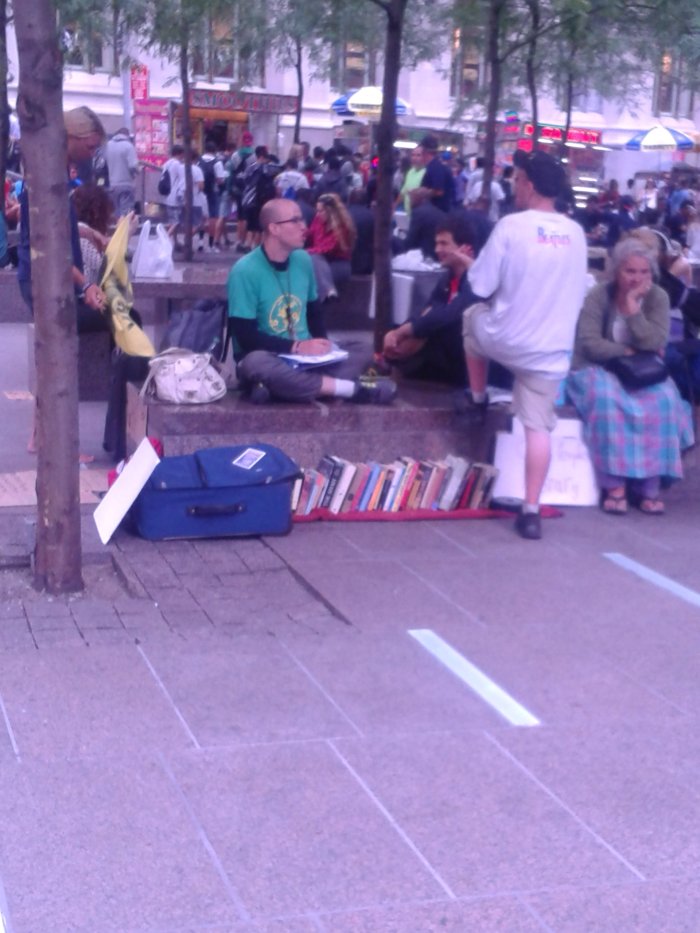 What’s left of the Occupy Wall Street presence in Zucotti Park. After the NYPD cracked down and outlawed occupying the park, all that’s left is a small fringe element. The movement as a whole is still fairly strong, but these people are a bit beyond the pale.

Like Loading...
‹ Day 35: Philadelphia & the Prisons of Yesteryear
Sneak Peek of My New Book: Bread From the Sweat of Other Men’s Faces ›