Home › Social Justice › Not All Deaths Are Created Equal

Not All Deaths Are Created Equal

It’s the steely-eyed gaze of a suspicious everyman glaring at you from an electronic billboard or the ominously solitary backpack emblazoned on the side of a city bus. Anyone who has used public transit or walked through an airport terminal in post-9/11 America has undoubtedly seen them. They are pieces of dystopian Americana—little monochromatic public service announcements written by the ghost of Dashell Hammett to remind every man, woman and child how truly unsafe they are. If You See Something, Say Something. You have to say something if you see something because we are still at war. Some jihad-crazed Islamist could be sitting two rows behind you, preparing to leave a gym bag full of pipe bombs on the Green Line. It could happen anywhere, at any time, to anyone. Doesn’t matter if you’re riding the A train through Manhattan or boarding a crosstown bus in Greensboro, you must be vigilant. The War on Terror only works if the American people are perpetually terrified.

Someone on your bus is a terrorist…

A good part of the War on Terror’s prolonged success comes from the fact that, in the public’s eye, not all deaths are created equal. In 2010, over 69,000 people died as the result of Diabetes Milletus1, a completely preventable disease for around 90% of those who develop it. To put that in perspective, the number of casualties suffered during the September 11th attacks is roughly equivalent to 2 weeks worth of diabetes deaths in America. Despite these startling statistics, the media has yet to go into an apoplectic feeding frenzy over epidemic levels of Type II Diabetes and the Food and Drug Administration has done nothing to curb mass production of the high fructose snack foods that are turning our children’s blood into corn syrup. Much like diabetes, drug overdose deaths have continued to reach unprecedented levels, rising for the 11th consecutive year in 2010 to 38,239 overdose deaths2. Of those deaths, more than 60% of them—22,134—involved the use of prescription medication. That’s 61 Rx drug overdose deaths a day, and yet Congress hasn’t enacted sweeping legislation impacting the ability of Big Pharma to sell opioid painkillers like they were Chiclets. Why have these veritable plagues upon 21st century America resulted in a collective yawn from the regulatory powers that be, while an issue like terrorism has given politicians and intelligence officials the capacity to essentially mould the constitution to their liking?

One possible explanation lies squarely in the heart of our old stand-by, American Exceptionalism. Medical conditions like diabetes or drug addiction are viewed by a good deal of Americans as individual failings rather than societal ones. Conventional wisdom has it that there is a direct causal relationship between a person’s behavior and a preventable illness, so naturally the locus of responsibility for cutting these diseases off at the pass lies with the individual. Those in active addiction face a tremendous amount of moral stigma associated with their disease and are often painted as being “weak-willed” or “deviant,” reinforcing the idea that the addict’s suffering is his or her fault. Likewise, people who develop Type II Diabetes are often overweight and susceptible to being shamed into believing that their disease is somehow an indictment of their self-worth. Despite any underlying causes, such as a genetic predisposition to alcoholism or being raised in the middle of a food desert, the burden of proof inevitably falls back on the individual. Of course a child has just as much control over what food is stocked in the pantry or how much daddy drinks as a car does over what test of gasoline it guzzles, but that’s rarely given much consideration during a sentencing hearing or a check-up at the doctor’s office. 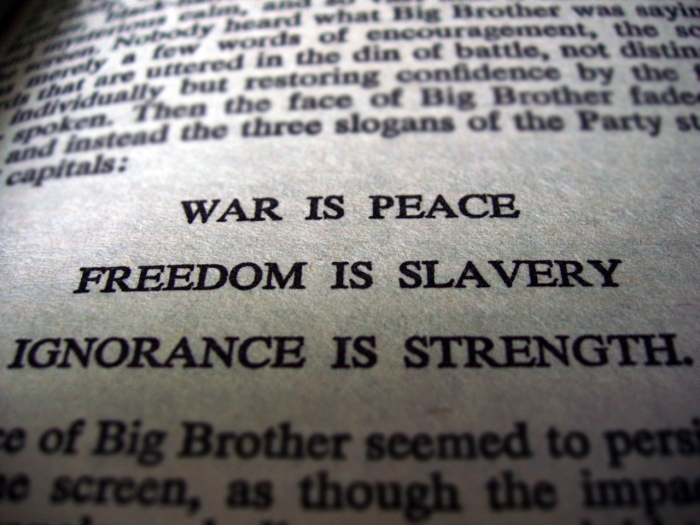 25—That is the number of Americans who died from terrorist attacks on US soil between 2002 and 20103. That averages out to a little under 3 deaths from terrorism within our borders each year. During that time period you had a much better chance of dying at the hands of a rogue television or armoire than you did from a terrorist attack4. Between 2003 and 2007, a grand total of 0 Americans were killed by terrorists in the United States. Between 2008 and 2010, 22 Americans were killed domestically by terrorists, but 13 of those came during the shootings at Fort Hood, an event that bore more resemblance to the massacres in Aurora and Newtown than the attacks on 9/11. More Americans die of drug overdoses during the 8 hours you’re at work than during a 9 year chunk of the 21st century, and yet, the urgency in Washington to do something about it is almost non-existent. Terrorism, on the other hand, is an imminent threat that requires the evisceration of the 4th Amendment, the establishment of a penal colony immune from due process on the coast of Cuba and the creation of an entirely new government department dedicated to Securing The Homeland, which is just about the most totalitarian concept I’ve heard come from a 1st world nation in the past decade that didn’t come out of Vladimir Putin’s mouth.

For all of the carnage and horror it wrought, the terrorist attacks in Boston this past April only resulted in the deaths of 5 people. That is the same number of people who were killed earlier this week in California when 23-year old John Zawahiri reprised the all too familiar role of mentally ill mass shooter at Santa Monica College, using an AR-15 to kill members of his family and random passers by5. One event effectively shut down one of the 25 largest cities in America, resulting in a days-long manhunt, demands that residents “shelter-in-place” and the militarization of entire neighborhoods. The other barely got more than a passing mention on the evening news and was promptly forgotten, lacking the requisite amount of bloodshed needed for a mass shooting to become headline news in America. The Boston Bombings are indicative of a problem warranting indiscriminate phone and e-mail monitoring, while the shooting in Santa Monica represents a crisis that can’t even get enough Congressional support to stop the felonious and mentally ill from getting handguns. Big brother is here and the American people don’t seem to mind too much, with 62% of Americans prioritizing governmental terrorist investigations over personal privacy6. Monitor my phone calls, check my internet habits and rifle through my e-mails in the name of preventing attacks7 that kill fewer Americans annually than autoerotic asphyxiation.8 Makes perfect sense.