Home › International Affairs › Who’s Up For Some Drug Supply Whack-a-Mole?

Who’s Up For Some Drug Supply Whack-a-Mole?

After almost four decades of The War on Drugs, President Obama and his administration finally declared a ceasefire during his first year in office. Regardless of your views on the efficacy and earnestness of this declaration, the fact remains that the United States Government is no longer publicly filtering its efforts against drugs through the prism of the battlefield. Yet, much of the media and the general public still couches coverage of drug policy and substance abuse with martial imagery and verbiage. The Obama Administration and most of the medical community has taken a page from the research and treatment performed around alcoholism and settled on the disease model of addiction as the mode of conveying substance abuse issues to their audiences. That an addiction to methamphetamine or heroin is a progressive and potentially fatal disease that will respond to both pharmacological and psychological treatment is not hard to grasp, especially since it’s the way that most of American society has conceived of addiction since the 1980s. While there are still those ignorant few who see addiction and alcoholism as a moral failing on the part of the addict or alcoholic, they are also generally the same sorts of people who are so puritanical and stubborn as to be immune to rational discourse in the first place. But, what is to be done about the view of the “supply side” of drug control? How does a government go about rebranding drug interdiction and law enforcement efforts that look and smell like war, but somehow aren’t?

Personally, I am not a fan of the school of thought that says we can stop drug use by making sure the drugs never make it to the druggie. Addicts and alcoholics aren’t particularly picky people when it comes down to it and there is always another way to get high. If you stop the flow of heroin into the country from Afghanistan, then opiate junkies are just going to hit up pain clinics and get loaded on Oxycontin. Crack down on marijuana and ecstasy imports into the country and kids will go and nick a bunch of cough syrup from the CVS down the street or buy synthetic weed (Spice) off the internet or from their local head shop. Nothing shows why supply side drug control is ultimately a zero sum game more than the recent proliferation of designer drugs like Spice and Bath Salts. If congress outlaws one chemical compound, then you just go into a lab somewhere and modify it so that it’s a different, equally potent and now completely legal compound. By the time law enforcement and government has jumped through all the bureaucratic hoops to ban that chemical compound, the cutting edge of illicit drug manufacturers have found 5 new ways to get loaded. Law enforcement will never be able to keep up with addicts because they can never reach the the same level of personal investment. Being a DEA officer or a drug policy analyst is a job. Being a junky or a dealer is your life. 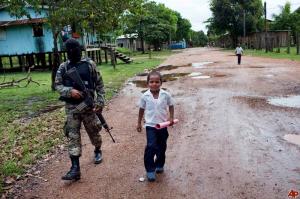 If I could provide any new metaphor to replace The War on Drugs, it might be the Whack-A-Mole. For example, more than a decade of intervention and financial aid in Columbia has resulted in record decreases in cocaine production and distribution, but those gains have been largely offset by increased drug activity in Bolivia and Peru. On the demand side, use of illicit opiates like heroin have been declining in recent years, but it can’t really be celebrated as too monumental a victory as prescription drug abuse has skyrocketed during the same period. It’s a phenomenon known as The Balloon Effect. When you squeeze down on a balloon, all it accomplishes is shoving a mass of air from one side of the balloon to the other. Critics of the War on Drugs would argue that all interdiction efforts do is move the balloons of coke from one part of the world to another. I’m partial to the Whack-a-Mole metaphor because I don’t believe our international anti-narcotic efforts actively shift drug activity from one area to another. Instead, they create a vacuum of power and need that is then filled when another group with a similar product pops up. It’s actually a perfect example of the free market in action. As long as the demand remains constant, it doesn’t matter how many cartels and corrupt governments you shut down because there will always be someone in the on deck circle waiting to fill the void that you just created.

The conditions for the formation of a narco-state are analogous to those needed for any other enterprise. First and foremost, the nation needs to be in a geographic position to facilitate either the production or distribution of drugs. Countries like Colombia and Afghanistan are the primary producers of cocaine and opium because they are located in areas where growing conditions for such drugs are optimal. Mexico has become one giant open air drug emporium because they happen to live below the most drug hungry nation on the planet. These countries didn’t enter the drug game on a whim. After that is settled, you need to find a country with very lax regulatory practices. To go back to Afghanistan, their poppy production was rendered virtually nonexistent when the Taliban publicly decided in 2000 that growing poppy was Un-Islamic. But, once the Taliban was driven from power and the Karzai government took shape, production of opium rose dramatically to levels well above those seen during Taliban rule. Lastly, you need the potential narco-state to have drastic inequality and an economy predicated on the use of unskilled labor. When citizens have good paying jobs and a solid safety net to fall back on, there’s no inherent need to risk one’s life and freedom by entering the illicit drug trade. People only steal bread if they’re poor and they only become coke mules if they’re truly and utterly desperate.

The nation of Honduras has all of these qualities in spades. Bottlenecked in the heart of Central America, Honduras is at the epicenter of drug pipeline coming up from Columbia and Peru. By land, air and sea there are clear routes into the soft underbelly of the United States from Honduras and it makes for the perfect landing pad for anyone running drugs into America. It is also the deadliest country on the planet, and that’s not me being hyperbolic—that’s fact. According to the United Nations Office on Drugs and Crime, Honduras experienced 92 intentional homicides per 100,000 citizens in 2011, which was 20 more than their neighbor El Salvador, who took home second place internationally. The government is remarkably weak and experienced a relatively uneventful military coup d’etat in 2009, when the Honduran military forcibly expelled then-President Manuel Zaleya from the country for attempting to ask the Honduran people if they wanted to form a constitutional assembly. In their article on the recent drug crises in Honduras, The New York Times says that half of the country is out of government control and cites current President Porfirio Lobo as having told American officials that they as a nation are drowning1. Over 50% of the Hondurans live below the poverty line and the country ranks 121st on the United Nations Human Development Index. When it came to fighting off the drug trade, Honduras never had a chance.

The solution to Honduras’ problems, and by extension America’s, is not a sexy one. It will not be achieved through massive drug stings or joint training operations with Honduran special forces. Michael Bay will not want to make a movie starring Nicholas Cage about this solution because it doesn’t involve anything being blown up. Rather, it concerns the process of building up a government that has lost all pretext of cohesion and interest for its people. The solution lies in providing education for millions of young Honduran children so that they aren’t toiling away below the poverty line in jobs that will cut their life expectancy by 20 years. It is about infrastructure and social supports and the establishment of an equitable system of justice that can be trusted by the average citizen. In essence, the things that can change Honduras for the better are the same things that are desperately needed in American cities like Detroit and East St. Louis. A robust drug trade is the canary in the coal mine that tells us that our communities aren’t serving the people that live in them. No amount of supply reduction effort is going to create a vibrant community. The best it can hope to do is create a brief window of opportunity in which that community to be built. In regards to drug control in developing nations and struggling cities, the solution is pretty simple: the only thing we have to change is everything.