Home › Uncategorized › A Tragedy on a Loop in Colorado

A Tragedy on a Loop in Colorado

It’s about a half hour drive from Columbine High School to the Century 16 Theater in Aurora. 20 miles through the tarmac arteries of America from one Denver suburb to another. There’s absolutely nothing spectacular or remarkable about Aurora, much like there wasn’t much to distinguish Littleton. It’s traditionally been seen as a military town and the largest employer in town is still the Buckley Air Force Base. The biggest thing to happen to Aurora came when President Eisenhower had a heart attack in the mid-50s while vacation in Colorado and spent 6 weeks recuperating in the now defunct Fitzsimons Army Medical Center. After Ike got his heart back to pumping he bolted town and not much happened there until the early hours of Friday July, 20. From now on the town will be synonymous with tragedy and a series of relentlessly flashed images of grieving bystanders, accompanied by a mug shot man responsible.

Unless you have managed to avoid all forms of media for the past 48 hours, you will know most of the details already. A midnight showing of the latest Batman film, followed half an hour in by the appearance of a young man clad entirely in black body armor and a gas mask in front of the screen. The man throws some gas canisters in the air and, while the audience is trying to figure out whether this is a publicity stunt or for real, he opens fire on the crowd with a AR-15 semi-automatic assault rifle, a shotgun and a glock handgun. At the present time, 12 people are confirmed to be dead and a further 71 have been injured. The shooter, James Holmes, is currently being held in custody and is scheduled to appear in Arapahoe County Court. A 24-year old from a well to do San Diego family, Holmes had recently dropped out of medical school at the University of Colorado. It almost goes without saying that he was described by neighbors and classmates as a “loner” and that no one thought he was the type of person who was capable of something like this.

We know what James Holmes was like and where this investigation is headed because it’s a become an all-too-familiar trope in the American narrative. Over the past 30 years, we have averaged just over one mass shooting a year, with a mass shooting being described by Mother Jones as killings that occurred in one place, at one time, with one shooter (except Columbine, which had two) and which resulted in at least 4 casualties. Just within the past 5 years we’ve had the horrific shootings at Virginia Tech, the Ft. Hood murders, the attempted assassination of Arizona Rep. Gabby Giffords which resulted in 6 deaths, the Amish School Killings in Pennsylvania, The Northern Illinois Shootings, the IHOP Shooting in Carson City and I’m sure I’m forgetting more. It’s a phenomenon as reliable as hurricane or tornado season and we never learn from it.

If America were to have an epitaph, then I think you could do a whole lot worse than George Santayana’s quote that “those who cannot remember the past are condemned to repeat it.” The headline from The Onion after the events in Aurora says it even more presciently: “Sadly, Nation Knows Exactly How Colorado Shooting’s Aftermath Will Play Out.” In the article, they go on to say, glibly yet honestly, that we the people pretty much know when the candlelight vigils will start, that some sort of diary or hidden footage of the shooter will be leaked in the coming week and that our thoughtful debate about the nature of gun control in this country will last about two weeks before we forget it ever happened. If we let the extremely sensible Assault Weapons ban lapse in 2004, just 5 years after Columbine without much of a fight, then what chance do you think we have that congress will in their infinite wisdom support another similar ban? 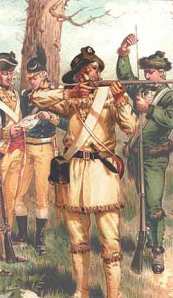 Oh, and for those who piss and moan about second amendment rights and over-regulation from the Federal Government, I encourage you all to shut the f**k up because you’re so far beyond wrong that the realm of being right has been obscured by the curvature of the earth. When the founding fathers wrote the constitution, do you know what their arms were? They had a bunch of unwieldy muzzle-loader rifles that were as accurate as a Shaquille O’ Neal free throw and took a day and a half to load, provided the damn thing didn’t blow up in your face. Beyond that, the reason why it was so bloody important to have armed militias is because we didn’t have a freaking standing army! I don’t know if you’ve noticed but our military’s kinda big now and it never goes away. The US spends more on our armed forces than the next 25 highest spending nations combined. You having a Glock 9mm in the glove box of your car ain’t exactly integral to our national defense. And, if you’re a Tea Bagger who thinks you’re protecting yourself for when the government comes after you, I’ve got news: you can’t do a damn thing. I don’t care if you and your buddies corral a bunch of AR-15s and a grenade launcher or two. The US military has these things called surface-to-surface missiles that can blow up you and everything within 10 square miles of you with the press of a button. You stocking up on TEC-9s to fight the US military is about as effective as trying to drain a swimming pool with your mouth.

Yet, in a month or so, all of our leading political lights will have dropped the subject entirely because they’ve been told they’ll lose 5-7 percentage points come November if they do. NRA leaders and conservatives talk about Clinton’s Federal Assault Weapons Ban like it was this draconian measure that stripped the gun-loving public of their boom-sticks. Do you know what it actually did? Before the ban took place, you could own a TEC-9 semi-automatic firearm. After the ban, you could only own the newer AB-10 model that didn’t come with a threaded muzzle and only had a 10-round magazine instead of the 20 or 32 round magazines in the TEC-9. Apparently it’s a violation of the 2nd amendment to make someone reload their gun more frequently, which is I’m sure exactly what the framers of the Bill of Rights intended. Oh, and if you were wondering, the AR-15 semi-automatic assault rifle that James Holmes used on Friday morning had a 90 round magazine drum and was bought completely legally. You’ll forgive me if I just reprint this piece next year.