Look…I’ve been to Disneyworld and my family went to Captiva Island for Spring Break when I was a kid and, yes, Resort Florida is lovely. And, from what I’ve heard (but won’t be experiencing, at least on this trip) Miami is a hell of a town and is filled with charming old drag queens and scantily clad women dancing on yachts (my only points of reference are The Birdcage and 1/4 of all rap videos made since 1995).

The rest of Florida, on the other hand, is batshitfuckinnuts. It’s like the rest of Florida, especially North Florida, realizes that all people think about when they think of The Sunshine State is pastel colored art deco houses and Mickey Mouse and feels like they have to act especially crazy/racist to make up for it. Put another way, Florida has a deep south inferiority complex. I’ll touch on this in detail in the book, but Florida is America’s laboratory for dysfunction. If your state has a law on their books that restricts civil liberties or promotes discriminatory policies, then there’s a good chance Florida was the state that gave it a test run.

A Mock Legislative Session being held outside Florida Governor Rick Scott’s office in the City Capital Building. The session is being run by members of the Dream Defenders, a predominantly student-led organization devoted to ending racial inequality and Florida and stopping the continuation of the School-To-Prison Pipeline.

Florida Representative and President of Okaloosa County Congressional Black Caucus Glenda Atkins reading a letter in the waiting room of Governor Rick Scott’s office in the state capital, urging him to call a special session of congress to discuss the future of Stand Your Ground. Governor Scott was absent, but his Chief of Staff was there. He would not see the 5 representatives who stood outside his office.

The Florida Supreme Court: Proof that justice may be blind, but she ain’t necessarily colorblind. 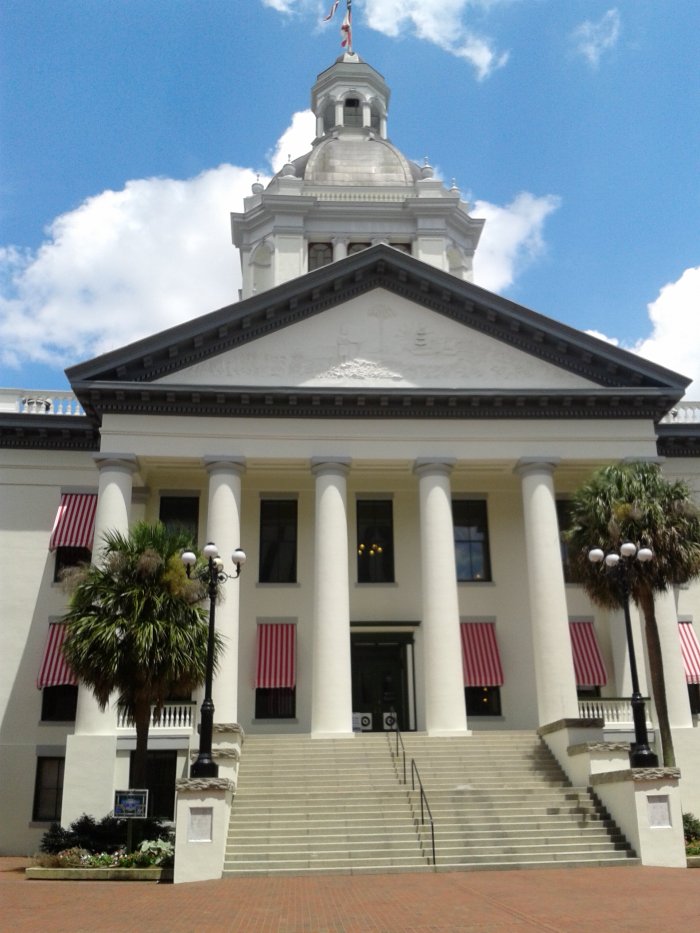 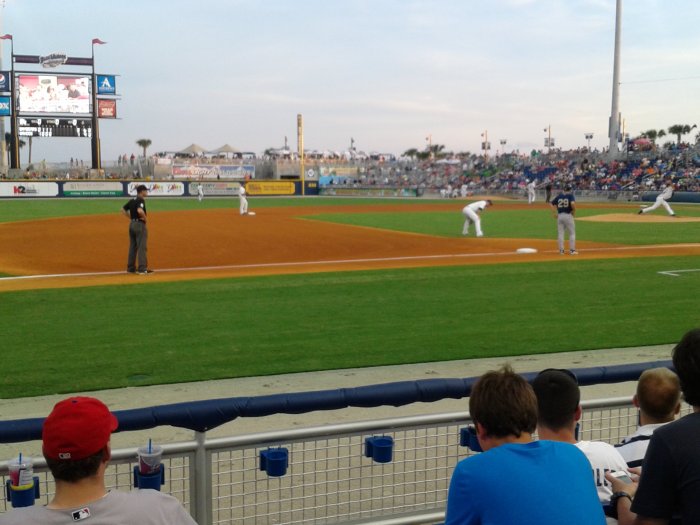 At a Pensacola Blue Wahoos game. They’re the Cincinnati Reds’ AA affiliate, which raises the question as to why a Wahoo would be their mascot, considering that’s the mascot of the Reds’ cross-state rivals in Cleveland? Plus, the teams mascot is a fish. Best to stop thinking about this.

The vaulted ceiling of the Cathedral-Basilica of The Immaculate Concepcion in Mobile, Alabama. I just stumbled across it while walking through downtown. Amazing building.

It’s like a tiny part of Florence was airlifted to Coastal Alabama.

Like Loading...
‹ Day 27: When The Saints Go Marching In
Day 30, In Which I Carpetbag My Way Through South Carolina ›