I’ll let the pictures do most of the talking, but Clarksdale, Mississippi and Oxford, Mississippi are separated by only 60 miles of highway. They each have populations of around 20,000 and have rich histories: Clarksdale as the birthplace of the Blues (The intersection of Highway 61 & Highway 49 where Robert Johnson supposedly sold his soul to the devil for the ability to play the guitar like a bat out of hell is right on the edge of the city) and Oxford as a de facto literary capital of the south (William Faulkner and John Grisham have called Oxford home) and the home of Ole Miss, aka The University of Mississippi.

According to US Census data, Clarksdale has about an 80/20 split between blacks and whites, while Oxford is essentially the inverse image, with 73% white and 19% black (the remaining population identifies as Asian or “Other”). During my brief day hopping between the two towns, I saw only a small handful of whites in Clarksdale, most of whom were Australians at The Ground Zero Blues Club who evidently had come to see The Delta Blues Museum, but were unaware that Jesus still holds court on Sundays in the Delta and that the museum (and everything else besides Ground Zero–which has amazing pulled pork, btw) would be closed. As for Oxford, it seemed slightly more integrated than Clarksdale, but was still overwhelmingly white.

Being a Sunday, it was hard to tell if Miss Del’s was closed for the day or for good. One can only hope it’s the former.

This was smack dab in the middle of Downtown Clarksdale. Some made you feel like you were in 1940s Dresden more than the Delta. 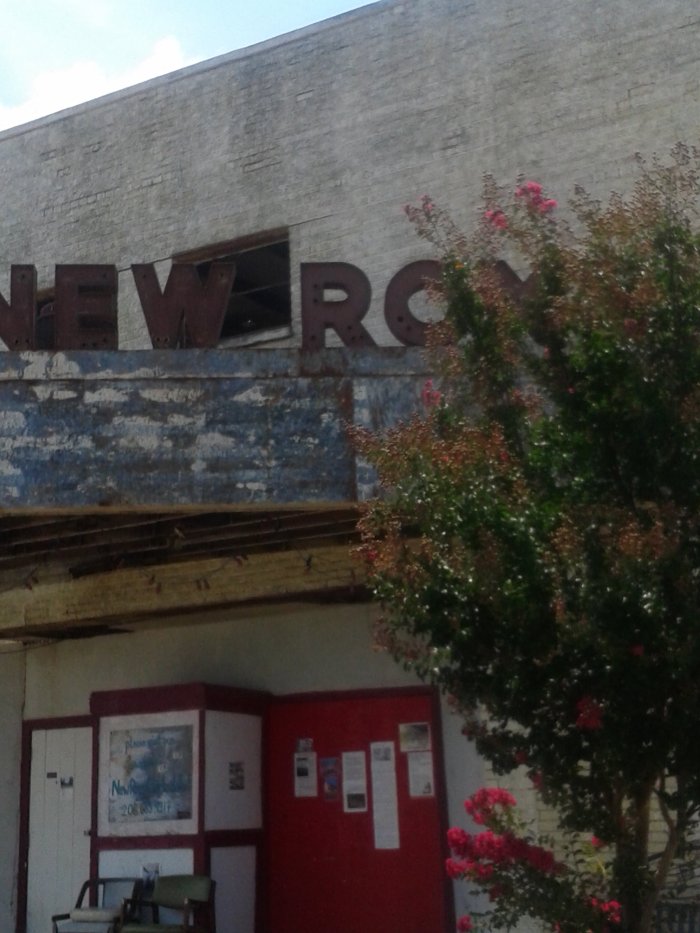 There is nothing new about The New Roxy 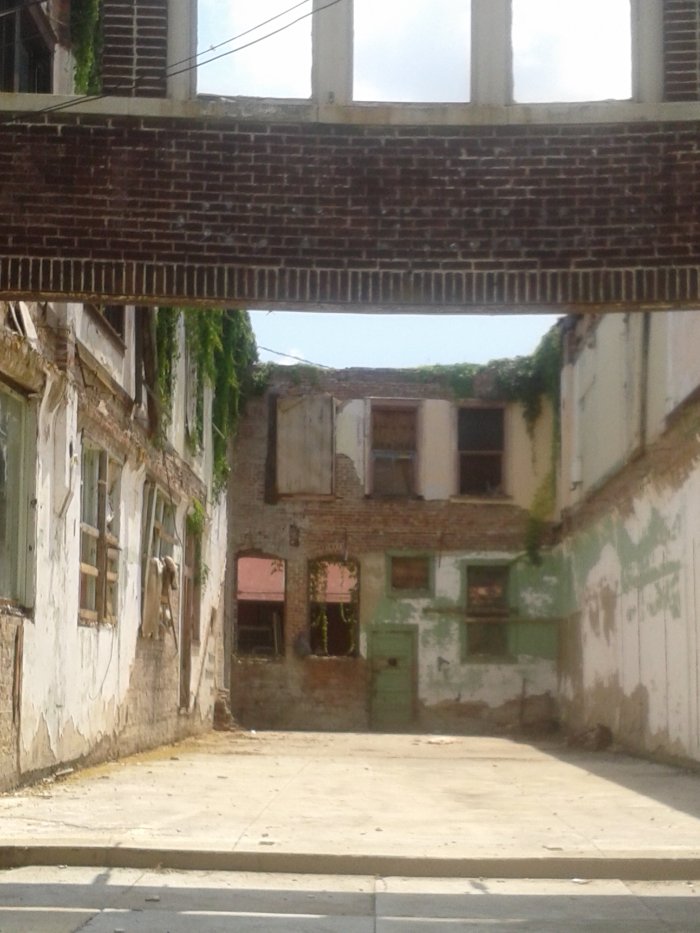 Seriously, is this Mississippi or the set for Black Hawk Down?

I get the feeling it’s been a while since any appliances were sold here.

Can you tell we’ve moved to Oxford? This is the city courthouse. 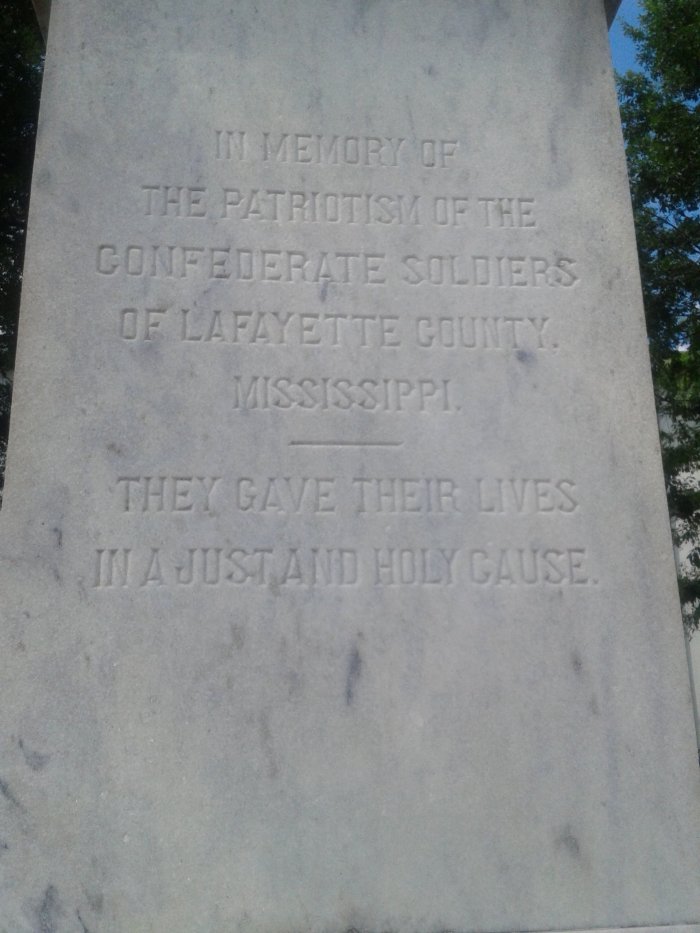 Like I said…it’s a wonder racial harmony hasn’t happened here yet. 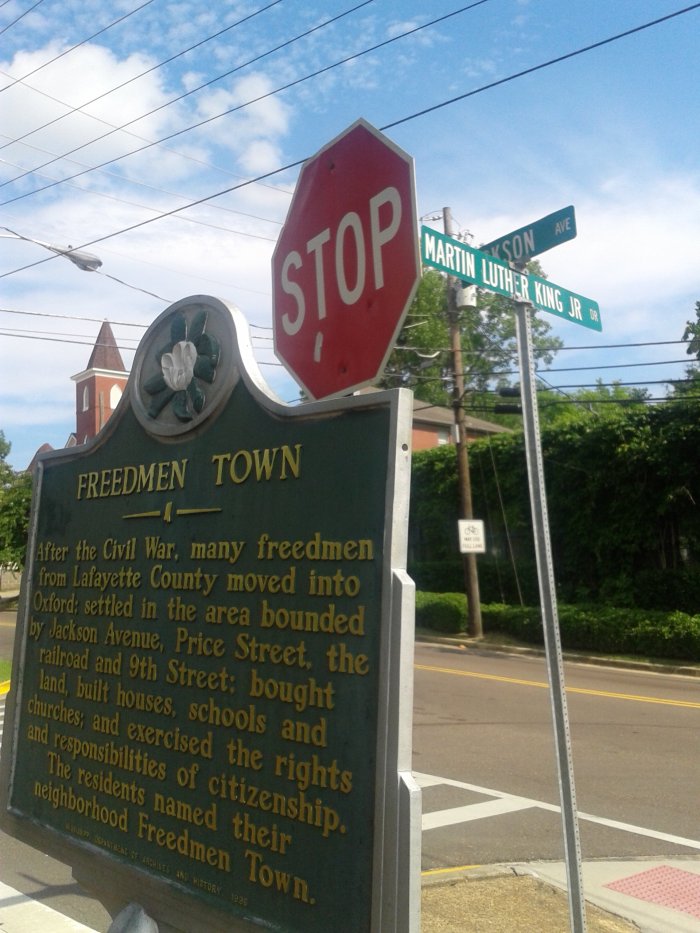 OK…stop. You put your town’s MLK Jr. street in the historic “Freedmen Town” district of Oxford and trumpet their brief (I repeat, brief) assertion of their basic human rights without mentioning anything about the white government systematically outlawing every right they had just won after the Civil War or the fact that more than 30 blacks were lynched by the KKK over the next few decades or that Nathan Bedford Forest’s fucking KKK-leading son was born in Oxford? Nice…oh, and right next to this sign was the city’s juvenile detention facility. Fantastic.