I’m going to level with you people—I don’t know much about Nebraska. As a matter of fact I’m pretty sure I go for months at a time neglecting to remember that such a place exists. It all just melds into that flat ribbon of prairie madness that starts up in the Dakotas and ends in the Texas panhandle. Outside of college football, I’m pretty sure nothing interesting has ever come from Nebraska. If you doubt me, I defy you to think of a single memorable event from that vast expanse of grain and strip malls. The coolest thing I can think of about Nebraska is that it’s the only state in the union to be shaped like a clothes iron. So, you know, it’s got that going for it.

The only reason I bring up this cornfed paradise is that it was mentioned in a recent Mother Jones article that focused on recent changes to the state’s public education system. Now, anytime a plains state is mentioned by a national media outlet in connection with their educational system, it’s all but assured to be bad news for the state in question. Whether it’s conservative religious groups pressuring school boards into teaching students that people co-existed with velociraptors or state governments trying to pass laws banning the mere mention of homosexuality in the classroom, America’s heartland rarely makes headlines for academic excellence. Unfortunately for the cornhusker state, Mother Jones didn’t buck this trend as staff reporter Kate Sheppard brought attention to two predictably troglodytic changes to their social studies curriculum. 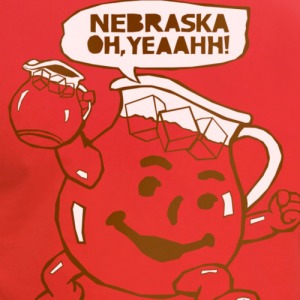 Kool Aid was created in Hastings, Nebraska. That’s about as culturally enriching as it’s gonna get people.

The fact that the debate surrounding the inclusion of climate change in school curricula occurred in the domain of social studies and not science should tell you all you need to know about the type of education being foisted upon Nebraska’s towheaded youth. According to The Lincoln Journal Star, climate change is included in the final draft of Nebraska’s high school geography standards, but only as a theory and not as fact. Spokespersons for the Board of Education stressed that they wanted students to consider theories of climate change in a holistic fashion by evaluating, “evidence that supports and refutes such theories.” Seeing as studies have shown 97-98% of climate researchers support the current tenets put forward by the Intergovernmental Panel on Climate Change and considering the fact that the 2-3% of researchers who disagree have proven themselves to have substantially less expertise and scientific clout than those that do, it will be interesting to see what theories make it into Nebraska textbooks.

I am all for including opposing points of view in an effort to stimulate critical thinking amongst students, but I also believe their inclusion should accurately reflect their standing in the scientific community. If 2 or 3 climate researchers out of 100 think that global warming is bunk, then it would behoove textbook writers to include a call-out box or short sub-chapter on opposing viewpoints to conventional climate science. However, I get the feeling that the breakdown of pro/anti-global warming information will end up being a better representation of what the members of the Nebraska Board of Education believe rather than researchers at the University of Nebraska. This is certainly understandable, considering that most of these board members were born, raised and educated in Nebraska, a state that has a less than sterling reputation for promoting the dissemination of scientific knowledge.

A recent study that used The Science and Engineering Readiness Index (SERI) to gauge high school physics and math education across the country ranked Nebraska 43rd out of 50 states, while Education Week’s Quality Counts 2012 state report cards placed them second to last in the nation in six areas of educational policy and performance. When you consider that the US clocks in at 23rd and 31st in the Global Science and Math Rankings, then its a safe bet that your average Nebraska high school graduate would get his ass handed to him on the ACTs by some precocious 12-year old Japanese girl who has memorized pi to the 165th digit and can recite the entire periodic table.

Now, before you get all depressed because we’ve clearly entered the third act of The Rise and Fall of the American Empire, the Nebraska Department of Education would like to remind you of a little something: America is exceptional. In fact, America is so exceptional, that social studies standards in Nebraska now contain indicators that let students know in no uncertain terms just how badass America is. Or, as it’s put in the Nebraska middle school US History indicators, “[the] unique nature of the creation and organization of the American Government, the United States as an exceptional nation based upon personal freedom, the inherent nature of citizens’ rights and democratic ideals.”

Did you hear that? Everything’s going to be okay because we’re an exceptional nation. Hold on, Merriam-Webster, could you remind me what the actual definition of exceptional is? (1) Forming an exception; rare. (2) better than average; superior. Alright then, so, if we take this indicator literally, then we’re teaching our kids that America is inherently different than other nations and, in its difference, inherently better? I mean, that’s nice and all, but we can’t be teaching our youth such a simplistically jingoistic and self-serving worldview, right? I mean, the actual meaning has to have more nuance. Alexis de Tocqueville, would you be so kind as to clarify what it was you meant when you popularized the use of the term in the 1830s:

The position of the Americans is therefore quite exceptional, and it may be believed that no democratic people will ever be placed in a similar one. Their strictly Puritanical origin, their exclusively commercial habits, even the country they inhabit, which seems to divert their minds from the pursuit of science, literature, and the arts…His passions, his wants, his education, and everything about him seem to unite in drawing the native of the United States earthward;

So, what you’re saying is that America is exceptional because we have a conservative religious background, only care about buying shit, and eschew the sciences and fine arts for largely practical and physical pursuits? I take it back. You can totally put that in a US history textbook. Turns out Nebraska knows best.

Like Loading...
‹ The Deep South: Geography as a Risk Factor
The War on Drugs Won’t Go Quietly, So Let’s Get Loud ›