I need a break people. For the past couple weeks it’s been nothing but magical vaginal rape shields and Ayn Rand objectivist petting parties and I don’t know how much more of it I can take. The Republican National Convention is less than a week away in the cultural mecca that is Tampa, Florida and I’ve already reached my breaking point for inhumane jabber. If I keep following my damned Twitter feed like a junkie waiting for his spoon to get cooking, then I’m going to be headed for the Lewis Carroll Memorial Nuthouse within the month. In order to watch Condi Rice declare the gender war won because she bought a locker at Augusta National at the same time Scott Walker sends Pinkertons in to bust up the unionized convention catering service while maintaining some semblance of sanity, I’m going to have to put this thing in park for a hot second and cool the engines down. With that in mind, I think it’s high time to channel the spirit of Lester Bangs—minus the cough syrup, of course—and get a little lyrical.

It seems that the Romney/Ryan ticket has joined a long and storied list of Republican presidential candidates who have been asked by the rocking classes to stop playing their damned music on the campaign trail. During the ’84 presidential race Bruce Springsteen had to tell Ronald Reagan to stop playing Born in the USA at his rallies after the President’s staffers didn’t bother to listen to any lyrics in the song outside of the chorus. Then again, maybe The Gipper’s soul began to soar when he listened to The Boss talk about having his brother die in Khe Sahn and subsequently getting shut out of work when he got back stateside? But we can’t put all the blame on Dutch, now. This same play has been put on multiple times since then and, amazingly enough, it’s happened three times in the past week.

Enter Paul Ryan, a man who very clearly is not familiar with things like nuance or listening. In past interviews, the Wisconsin congressman and P90-X enthusiast has stated that his favorite band is Rage Against The Machine, a group that is basically a walking embodiment of the Occupy movement. My guess is that Mr. Ryan only listened to The Battle of Los Angeles on his ipod while he was doing cardio because of its up-tempo, hard-rockin’ goodness and didn’t bother to even read the track names…or look at the album artwork…or listen to the lyrics. Needless to say, Rage guitarist Tom Morello didn’t take to kindly to being promoted by a fascistic enemy of the people and wrote an op-ed response to Ryan for Rolling Stone, where he asks:

“I wonder what Ryan’s favorite Rage song is? Is it the one where we condemn the genocide of Native Americans? The one lambasting American imperialism? Our cover of “Fuck the Police”? Or is it the one where we call on the people to seize the means of production? So many excellent choices to jam out to at Young Republican meetings!” 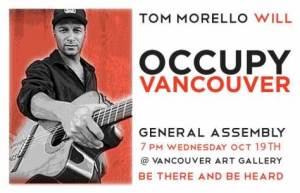 So, Paul–this was the guitarist of your favorite band? Awkward…

It would be bad enough if the Rage debacle were a singular incident, but it seems to be a trend for the GOP’s big ticket in 2012. Earlier in the week, Silversun Pickups frontman Brian Aubert demanded that the Romney campaign stop their unauthorized use of their song, “Panic Switch” and, just yesterday, Twisted Sister vocalist and human pinata Dee Snider told Ryan & Co. to stop using “We’re Not Gonna Take It” at events. It makes one wonder if Republicans can use any rock music in their bid for The White House. To that end, I have compiled a list of songs that I genuinely think the Romney/Ryan campaign could use on the trail. And don’t think simply because I loathe Mittens and Paulie with the fire of a thousand Red Dwarf suns that I’m going to steer them wrong with my picks. No one, no matter how evil, deserves to be introduced to something better than the screeching musical cancer that is Ted Nugent.

Like Loading...
‹ If Anyone’s Gonna Be Fraudulent Around Here, It’s Gonna Be Us
Corporations Are People Too…Really, Really Rich People ›